To share your memory on the wall of Glenn Clark, sign in using one of the following options:

Provide comfort for the family of Glenn Clark with a meaningful gesture of sympathy.

Glenn was an avid hunter. He loved the month of November hunting with his gang. He loved riding his motorcycle, cooking his favorite dishes for family gatherings, and going out of his way to find the craziest birthday cards ever. Glenn had a wonderful sense of humor, and would always make everyone laugh. He will be missed by everyone who knew him.

Glenn was a devoted son, brother and uncle. He is survived by his mother, Doris Clark; sister, Carol Brown and husband Steve; brother, Gary Clark and wife Mary all of Jefferson. He loved his nephews, Patrick and Justin Brown and Tyler Clark and his niece, Rebecca Clark and her husband Charles. He leaves his Aunt Geraldine Russell, and cousins Dean, Gail, Darlene, Dennis, Joyce, Dana and Linda. He had a special love for his Canadian cousins.

A graveside service to celebrate Glenn’s life will be held on Friday, September 20th at 1 p.m. at the Trask Lawn Cemetery, 471 South Clary Road, Route 215, South Jefferson followed by a reception at the United Baptist Church, next to the cemetery.

Arrangements are entrusted to Hall’s of Waldoboro, 949 Main Street, Waldoboro has care of Condolences maybe shared at www.hallfuneralhomes.com
Read Less

We encourage you to share your most beloved memories of Glenn here, so that the family and other loved ones can always see it. You can upload cherished photographs, or share your favorite stories, and can even comment on those shared by others.

BIW, Planning Dept. sent flowers to the family of Glenn A. Clark.
Show you care by sending flowers

Posted Sep 24, 2019 at 04:02pm
I was saddened to hear of Glenn's passing. He was like a brother to me and all that knew him. He will be missed greatly. Elizabeth Starr
Comment Share
Share via:
JB

Posted Sep 20, 2019 at 01:52pm
Glenn was a good and kind man, and a good friend. One evening, he & I lit up a hibachi on a deck table, only to discover shortly that the table was made of plastic when it began to
melt! Can you hear him laugh? I can, & we laughed all night about it. Other members of the household thought it was less funny; oh well. I knew him to be a man of sincere faith; ‘to be absent from the body is to be present with the Lord’.
Comment Share
Share via:
VN

Posted Sep 18, 2019 at 03:07pm
Enjoyed the years being neighbors with the Clarks and sharing our children. My thoughts are with you Doris and your family. Ve Northrup.
Comment Share
Share via:

Posted Sep 18, 2019 at 12:36pm
So sorry! I remember Glenn and I getting off the bus at the Clark's house and his grandmother Rose being there until Mom would come by after work. Sometimes we would talk to each other, sometimes bicker, but I always felt welcome and like he and Gary and Carol were more like cousins than anything else. This is certainly surprising and sad for all. Our wishes are with all of you, especially Dolly, who has always been so loving and proud of her family. RIP Glenn.
Comment Share
Share via: 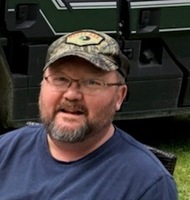