To share your memory on the wall of Ronald Brann, sign in using one of the following options:

Provide comfort for the family of Ronald Brann with a meaningful gesture of sympathy.

He was a mechanic most of his life, he retired in December of 2004 from the Department of Transportation in the Fleet Services division, and the next day was working at his garage at his home and continued until January of this year when he became ill. He also plowed for 40 plus years.

He was a member of the Coopers Mills Fire Department and a member of the MATC and the proud owner of four antique tractors that he restored over the years. He was an avid Nascar fan and loyal fan of Wiscasset Raceway where he enjoyed the company of this brothers and many good friends.

He was predeceased by his parents, his brother James E. Brann, Jr., brother-in-laws Norman Lassalle and William Petherbridge, and sister-in-law Francis Brann.

He is survived by his wife Elaine, two sons, Ronald (Jeffrey) Brann, his wife Kellie and his beloved granddaughter Addison Brann of Jefferson, and his son Darrell Brann of Windsor, sisters Peggy Petherbridge of Manchester, Sheila Lassalle of Pittsfield, brothers Clarence Brann of Windsor and Richard Brann of Wiscasset, and many nieces and nephews. He was a good man and will be greatly missed.

There will be no visiting hours. A memorial service will be held at the Calvary Bible Baptist Church in Whitefield on Saturday, July 20, 2019 at 10:00 a.m. Interment will be at Gracelawn Cemetery in Auburn for family only following the service.

In lieu of flowers, please consider make a donation to your favorite charity.

Hall’s of Waldoboro has care of the arrangements. To extend condolences, visit www.hallfuneralhomes.com.
Read Less

We encourage you to share your most beloved memories of Ronald here, so that the family and other loved ones can always see it. You can upload cherished photographs, or share your favorite stories, and can even comment on those shared by others.

Posted Jul 15, 2019 at 09:29pm
I’m sorry to hear Ron passed away. When I use to race at Wiscasset he would often say hi and chat for a few minutes. As near as I could tell he was as good a man as you would ever meet. I always enjoyed his company. He will be missed by many.
Comment Share
Share via:
C

Posted Jul 12, 2019 at 08:24am
So sorry to hear of Ron’s passing. He was a super good guy. Ron was a great help to me with rebuilding pumps for MDOT. I always looked forward to him delivering pumps so we could have our racing talks. I looked up to Ron and considered him a friend he will be greatly missed by me that’s for sure.
Comment Share
Share via:
BG

I’ve known Ronnie since the early 80’s when we first started living in Jefferson and he fixed my plow truck. Over the years he did quite alot of car and truck repair for us. I always admired his skill and attention to detail- you always knew it would be fixed right. He was always generous with his time and knowlege and I always enjoyed stopping by the garage just to chat. I’d like to think i was a friend as well as a customer. I’ll miss him. 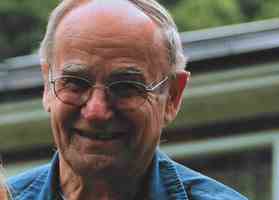 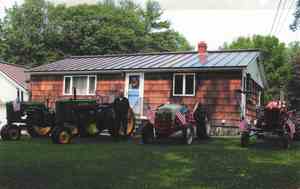