To share your memory on the wall of Elliott Barker, sign in using one of the following options:

Provide comfort for the family of Elliott Barker with a meaningful gesture of sympathy.

A native of Maine, he was born in Waterville on April 7, 1932, graduating from
Waterville High School and the Univ... Read More
Elliott R. Barker, III, 87, of Boothbay Harbor, Maine died peacefully at St. Andrew's
Village on May 24, 2019.

A native of Maine, he was born in Waterville on April 7, 1932, graduating from
Waterville High School and the University of Maine at Orono with a degree in
chemical engineering. He started his career at Albany Felt Co. in Albany, New York,
subsequently working at Albemarle Paper Manufacturing Co. in Richmond, Virginia.
In 1963, he and his brother joined their father at Deerfield Plastics Co. in South
Deerfield, Massachusetts, a polyethylene film manufacturing company founded by
his grandfather, father and uncle. Following his retirement from Deerfield, Elliott
became a real estate tax assessor for the Massachusetts towns of Amherst,
Greenfield, and Carlisle. Amherst was his home for 35 years.

As a philanthropist, Elliott established the Elliott R. Barker, III Professorship in
Chemical Engineering for the University of Maine Foundation. He held many
community board positions throughout his life including, most recently, St.
Andrew's Hospital and the Congregational Church, both of Boothbay Harbor. As a
lover of classical music and concert goer, he avidly supported many local music
groups, wherever he lived, and, especially in Maine, the Midcoast Symphony and the
Portland Symphony Orchestra, and he gave to many organizations through the
Maine Community Foundation.

Elliott and his wife, Jean, returned to Maine in 1998, when they purchased a home
on Southport Island. A passionate boater, Elliott spent his retirement
years tending and piloting his sailing and power boats from Ebenecook Harbor,
Southport. In their 80th year, they moved to St. Andrew's Village, Boothbay Harbor.
Home maintenance was always very important, but sailing, skiing, gardening and
family pets were the joys of his life.

A celebration of Elliott's life will be held on June 15, 2019 at 2:00 pm at the
Congregational Church of Boothbay Harbor, Maine. Arrangements are available at
www.hallfuneralhomes.com. If desired, donations in his memory may be made to
Midcoast Symphony, PO Box 86, Brunswick ME 04011
Lincoln Health/Tufts Medical Student Program, Development Office, 35 Miles St., Damariscotta ME 04543
Maine Community Foundation, 245 Main St., Ellsworth, ME 04605
Read Less

We encourage you to share your most beloved memories of Elliott here, so that the family and other loved ones can always see it. You can upload cherished photographs, or share your favorite stories, and can even comment on those shared by others.

Posted Jun 10, 2019 at 01:08pm
My most cherished memory of Elliott is from when he was 21 years old. He and Charles were hauling a trailer load to the Whately dump and stopped at our house so their younger cousins could have some fun stomping on the trash. Elliott and Jean were always kind to me and I wish Jean and family every comfort. RIP, E3.
Comment Share
Share via: 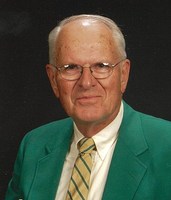