To share your memory on the wall of Shannon Condon, sign in using one of the following options:

Provide comfort for the family of Shannon Condon with a meaningful gesture of sympathy.

He grew up in Washington, Maine and attended Prescott Memorial School and Medomak Valley High School. Shannon worked at Med-o-lark Campground in Washington. He had many hobbies such as painting, wood-carving, and landscaping. He loved being around his family and grandchildren.

The family will honor Shannon privately at a later date.

Arrangements are entrusted to Hall’s of Waldoboro. Condolences may be shared at www.hallfuneralhomes.com
Read Less

Print
The family will honor Shannon privately at a later date.

We encourage you to share your most beloved memories of Shannon here, so that the family and other loved ones can always see it. You can upload cherished photographs, or share your favorite stories, and can even comment on those shared by others.

Posted Jan 02, 2020 at 10:47am
On the first anniversary of Shannon's passing, we want you to know that you are in our thoughts and prayers. We hope that the memories of the past give you encouragement for the future as you walk each day with your loved one in your heart. It is our privilege and honor to serve your family.

Hall Funeral Home
Comment Share
Share via:
Posted Jan 23, 2019 at 08:17pm
Shannon was a great man, father, son, brother, and friend. He LOVED his family more than life itself! He was always talking about them and tried hard to make a great life for them all. I will miss his grin and his constant happiness when life was good for him. So sorry for your loss.
Comment Share
Share via: 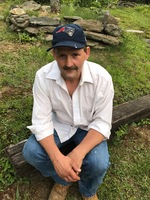