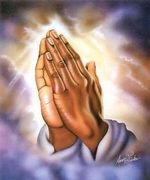 Paul A. Viveiros, 77, of East Boothbay, passed away on Saturday, December 24, 2016 at the Zimmerli Pavillion at St. Andrew’s Village in Boothbay Harbor with his loving family by his side. He was the devoted husband of Diane (Tomlinson) Viveiros with whom he shared fifty-two years of marriage.
Paul was born in Medford, Massachusetts on December 9, 1939 and was the son of the late Bertha (McLean) Vivieiros. He was a graduate of Medford High School. Paul enlisted in the U.S. Army and served our country from 1960 until 1964. He resided in Arlington until retiring to East Boothbay thirteen years ago.
He was employed by Harvard Business School as the Assistant Registrar for many years until his retirement. Paul was a devout member of St. Columba’s Episcopal Church in Boothbay Harbor. His spiritual life began as a young boy and continued to grow and strengthen with each year of his life. His commitment to his religion and family made Paul the man that he was. He was a wonderful husband, father and grandfather who adored his only granddaughter, Hannah. In his spare time he enjoyed collecting DVD’s of all kinds’ especially old movies.
In addition to his wife, he is survived by his son, Christopher Viveiros and his wife, Suzanne of Groton, MA and a daughter, Daryn Dow and her husband, Eric and their daughter, Hannah all of Stow.
A celebration of Paul’s life will be held on Saturday, January 7, 2017 at St. Columba’s Episcopal Church, 32 Emery Lane, Boothbay Harbor at 1:00 p.m. Relatives and friends are cordially invited to attend. Interment will be privately held at the convenience of the family. Hall’s of Boothbay has care of the arrangements. To extend online condolences, please visit hallfuneralhomes.com
Order Flowers
Printable
Share on Facebook